Burnley rediscovered their sharpness in front of goal to beat Wolves 2-1 on Monday and climb out of the Premier League’s relegation zone.

Scoring has been a headache for Sean Dyche’s men, who had netted just six goals in 12 top-flight games before the match.

But goals from Ashley Barnes and Chris Wood extended their unbeaten league run to four matches, lifting them to 16th in the table.

Wolves started brightly at Turf Moor, with Pedro Neto testing Burnley goalkeeper Nick Pope after a driving run midway through the first period, but the threat from the home side grew as the half wore on.

Barnes put Burnley ahead in the 35th minute after a quick counter attack, heading home at the far post after a cross from Charlie Taylor.

It was his first goal in the Premier League since November 2019, ending a run of 970 minutes played in the competition without finding the net.

Burnley continued to threaten and Josh Brownhill hit the crossbar with with a right-footed shot from outside the box shortly after the restart.

But they doubled their lead in the 51st minute after Wolves failed to deal with Ashley Westwood’s free-kick.

Ben Mee headed the ball back into the danger zone where it came off Rayan Ait-Nouri before Wood blasted it into the roof of the net from point-blank range.

Wolves boss Nuno Espirito Santo threw on Adama Traore and Fabio Silva as he sought a way back into the game.

The away side dominated possession but could not find a way through the disciplined Burnley rearguard.

Wolves earned themselves a lifeline when teenager Silva scored from the penalty spot in the 89th minute after he was brought down by Josh Benson.

But despite late pressure from Wolves, Burnley held on to secure all three points. 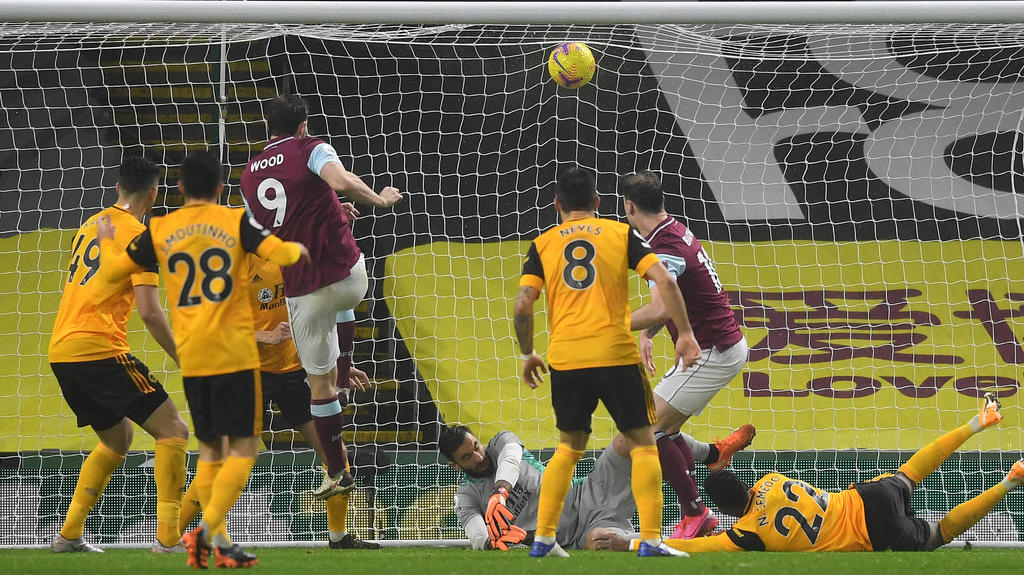